A History of Pregnant Celebrities Posing Naked on Magazine Covers

From Demi Moore’s iconic pose to Blac Chyna’s angelic twist, a look at the celebs who’ve fronted mags in the nude, while pregnant. The cover that started it all. Photographer Anne Leibovitz shot Demi Moore for the August 1991 issue of Vanity Fair when she was seven months pregnant with her second child, Scout. Moore’s crossed-arms pose across her chest sparked a two-decades long  trend and almost a rite of passage for expectant celebrities to celebrate their pregnancies with a magazine shoot. 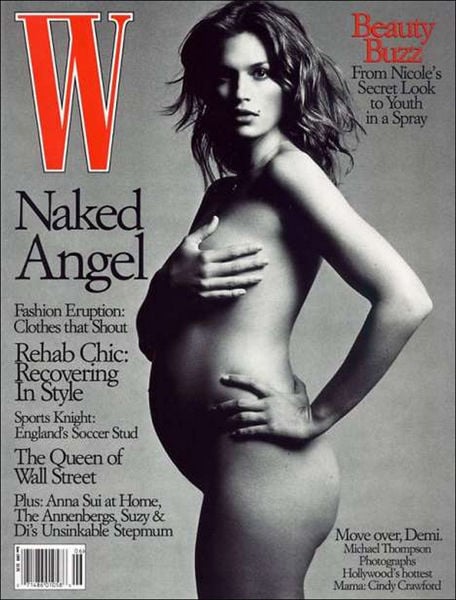 The supermodel and soon-to-be mom graced the cover of W for the June 1999 cover. 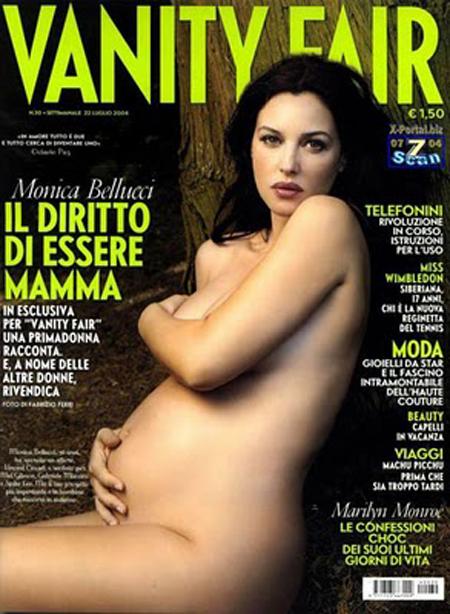 Italian actress Monica Bellucci liked posing pregnant and naked for the July 2004 Vanity Fair Italy cover so much that she did it again in May 2010. 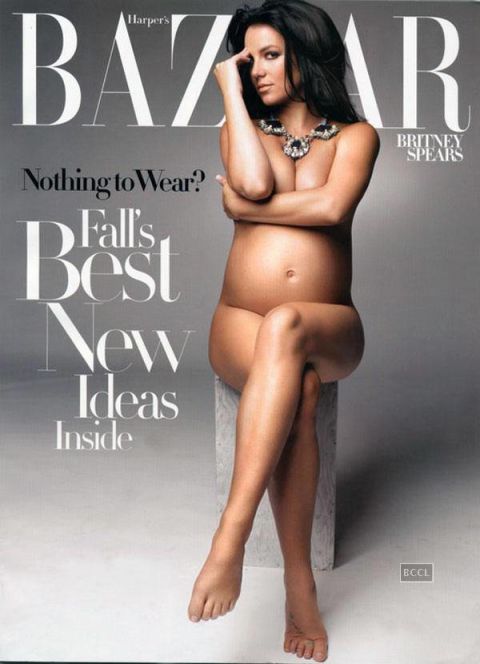 The queen of pop posed for Harper’s Bazaar’s August 2006 issue while pregnant with her second son, Jayden. The Czech model and actress posed for the February 2007 issue of Vanity Fair. Patton donned a toga while pregnant for the May 2010 issue of Ebony. 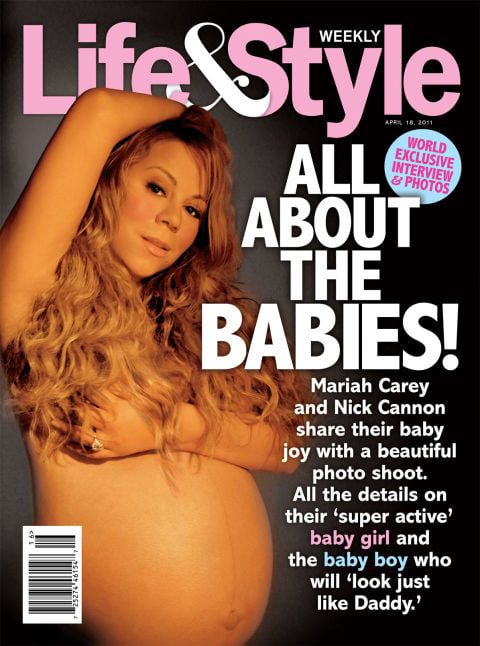 The singer posed while pregnant with twins for the April 2011 cover shoot of Life & Style. 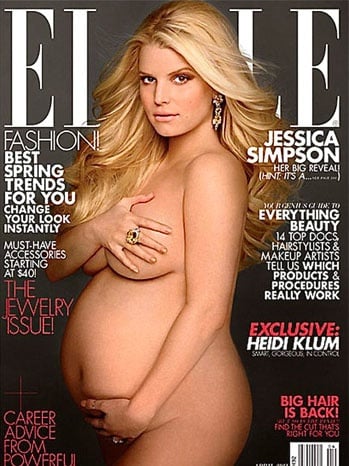 Following in the footsteps of other pop artists Spears and Aguilera, Jessica Simpson posed nude for the April 2012 issue of Elle while pregnant with her daughter, Maxwell. 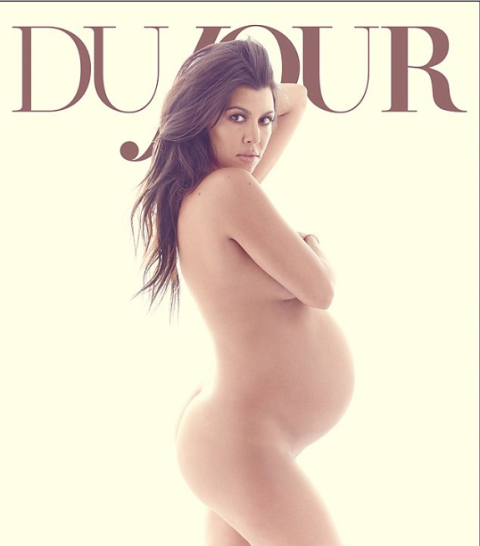 Blac Chyna, one of hip-hop’s biggest muses, posed for the September 2016 issue of Paper while pregnant with her and Rob Kardashian’s daughter, Dream. 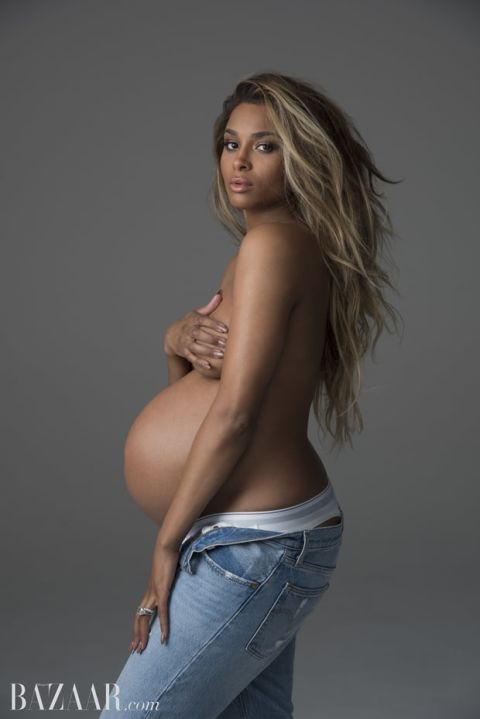 The R&B talent struck a Demi pose while seven months pregnant for a photo shoot with Harper’s Bazaar. 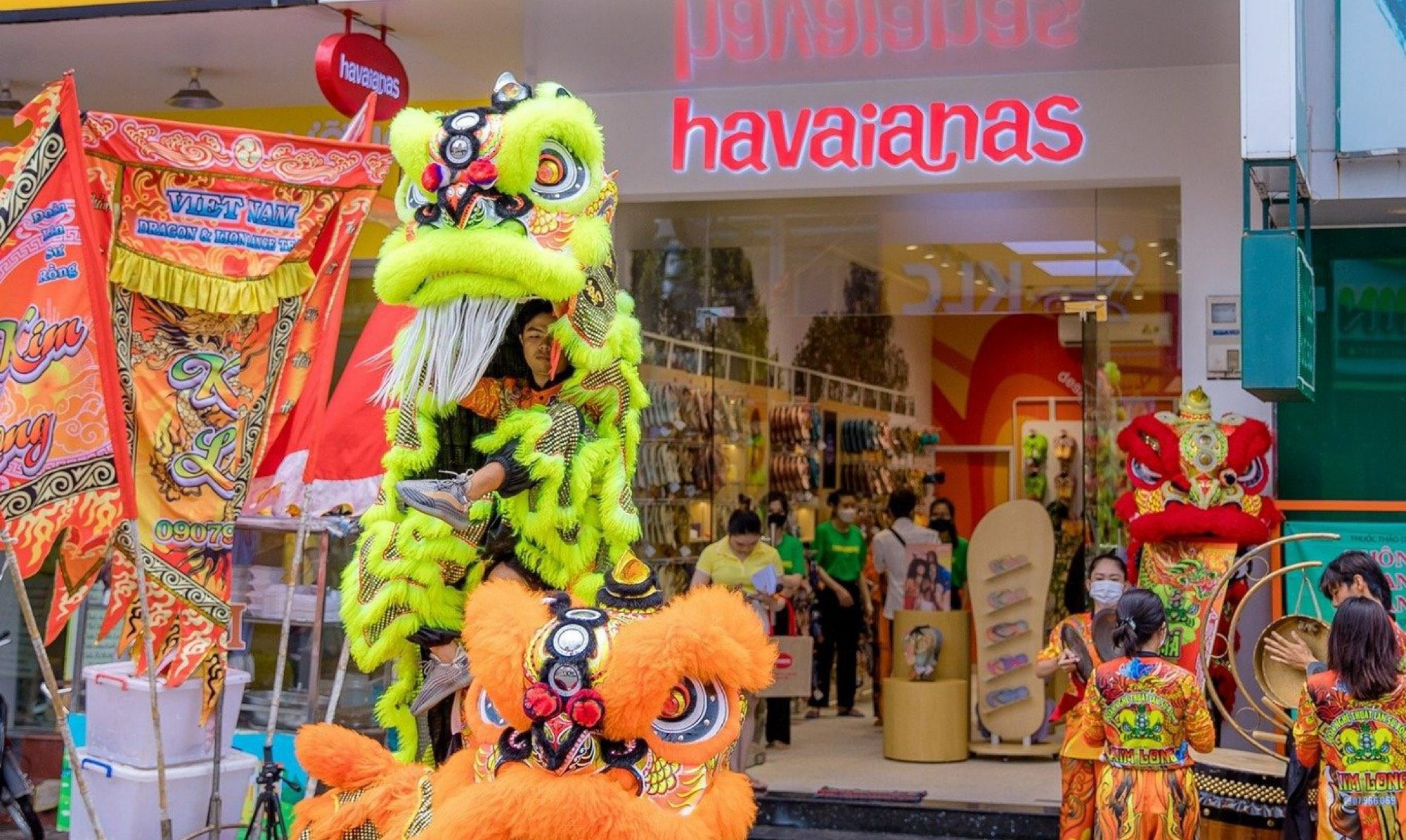 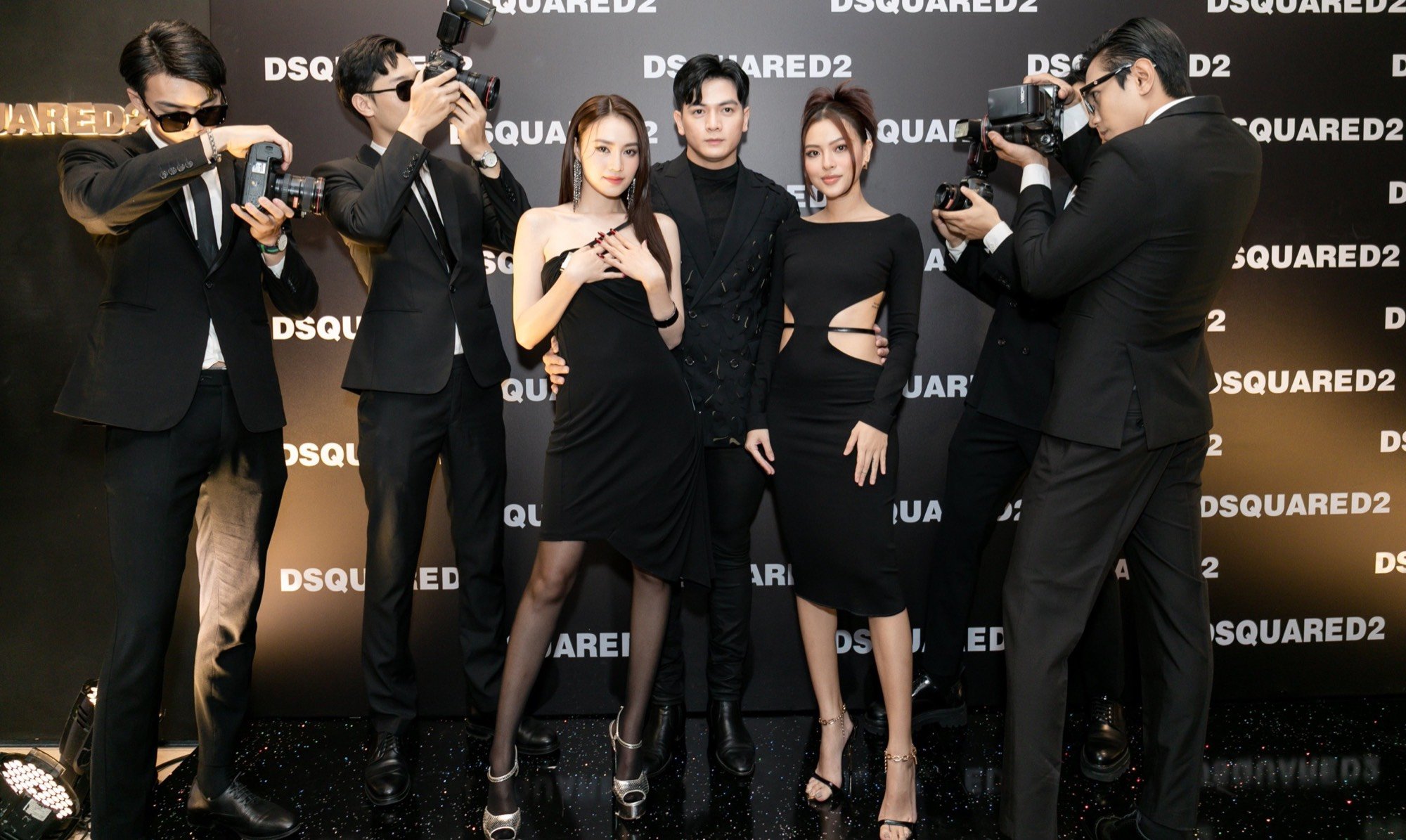 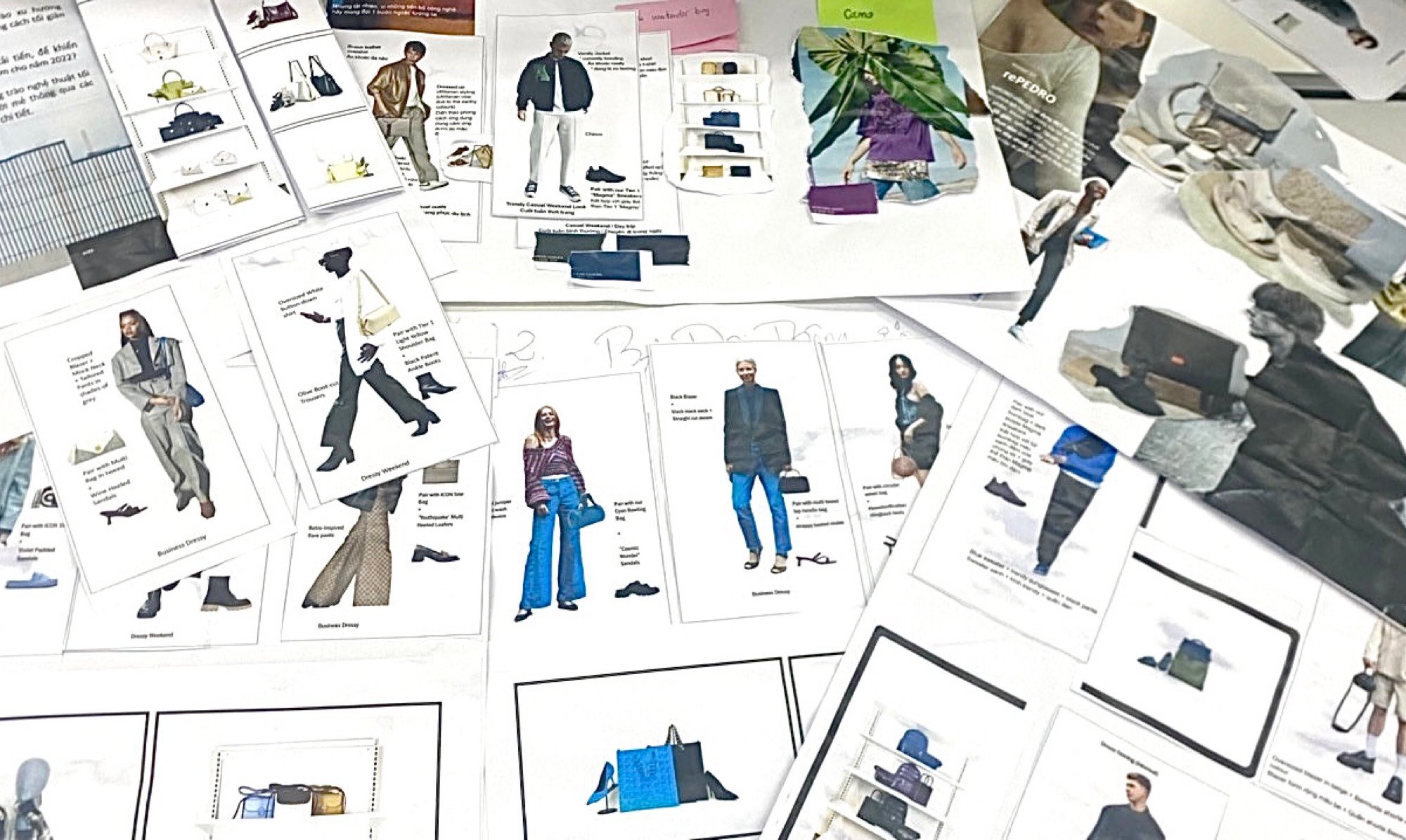 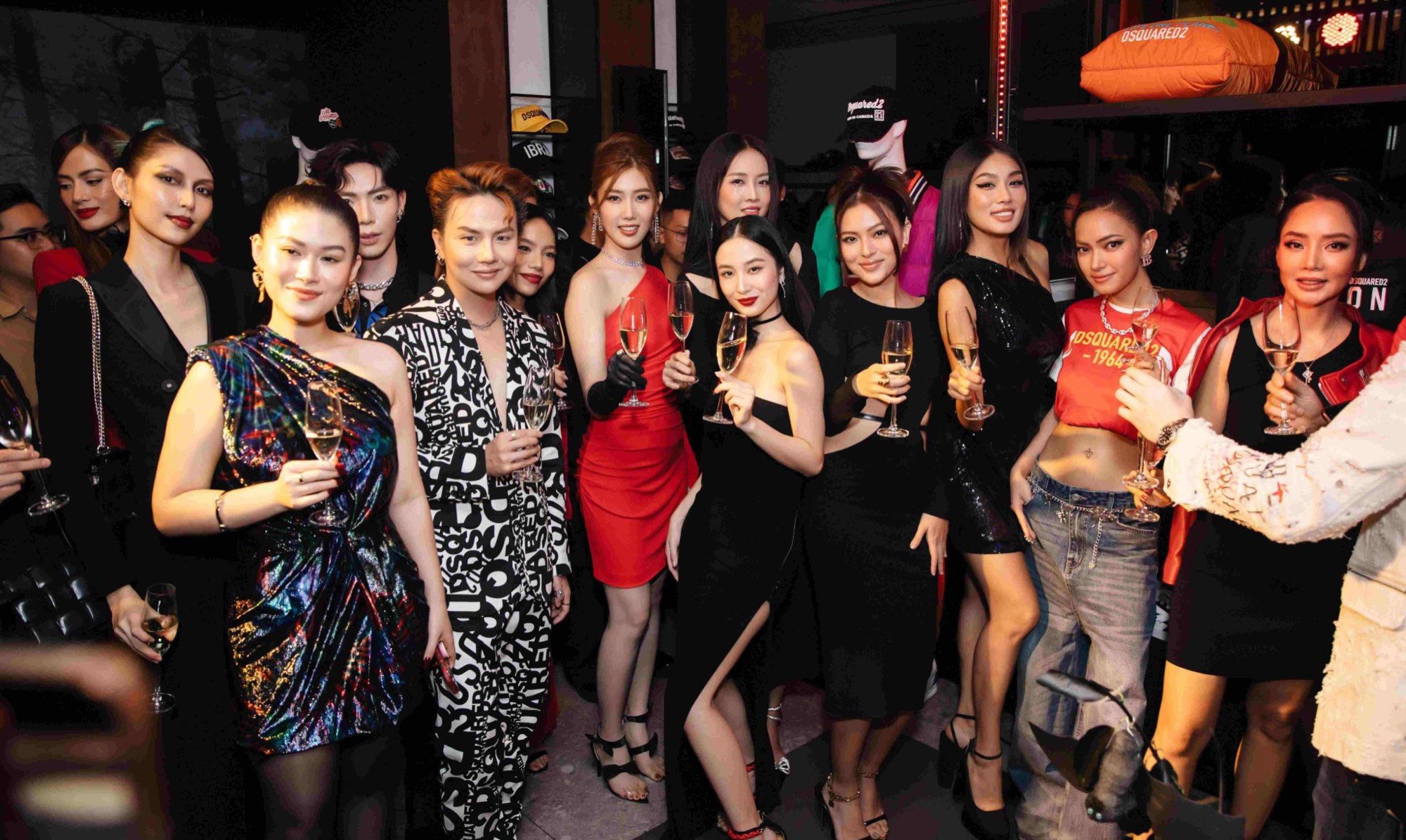