10 Plants That Can Actually Help You De-Stress

Don’t worry, you can reap the bennies even if you don’t have a green thumb

Just being outside, whether you’re gardening, exercising, or simply taking a stroll, is a great mood booster. But getting your hands dirty in the garden is so effective at combating depression, stress, and anxiety that it’s often used in “horticultural therapy” at psychiatric hospitals.

So if you feel like your energy levels are dropping or you’re just too stressed out at work, plant yourself a good-mood garden. You’ll not only get the benefits of a little garden therapy, but you’ll benefit from the mood-boosting nutrients present these healthy foods, too. Turns out, certain vegetables and herbs are rich in antidepressant compounds and minerals that can take the edge off a bad day and even help alleviate full-blown depression.

Here’s a guide to get you started—10 of the most potent antidepressant foods and herbs, and how to grow them anywhere.

Why You Should Eat It: All types of chard are packed with magnesium, a nutrient essential for the biochemical reactions in the brain that boost your energy levels. In fact, magnesium deficiency is a common condition among people diagnosed with clinical depression. Why You Should Eat It: The anthocyanin antioxidants in rare—but tasty!—blue potatoes reduce inflammation that can lead to bad moods. Their skin is also packed with iodine, which helps stabilize thyroid hormone levels, thus warding off mood swings. 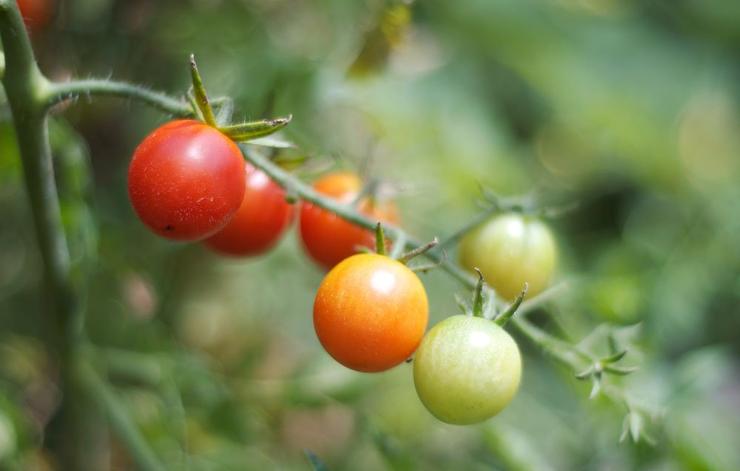 Why You Should Eat It: Tomato skin is rich in lycopene, a phytonutrient that actually stops the buildup of pro-inflammatory compounds linked to depression. Because lycopene lives in tomato skins, the best way to get it is through cherry tomatoes, whose smaller surface area means you’ll eat more skin than if you eat a full-size tomato. Why You Should Eat It: Black-eyed peas have some of the highest levels of folate of any vegetable. It’s thought that folate plays a role in creating dopamine, serotonin, and norepinephrine, three brain chemicals that, when absent, can make you forgetful, irritable, and unable to sleep. Why You Should Eat It: Oregano is rich in caffeic acid, quercitin, and rosmarinic acid, all components that combat depression, fatigue, and anxiety. Why You Should Eat It: Sunflower seeds are a great source for the antidepressant phenylalanine, an amino acid the body turns into norepinephrine. 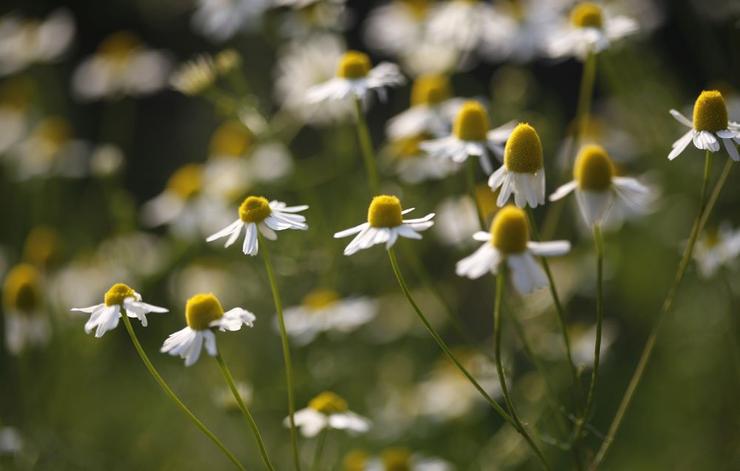 Why You Should Drink It: There’s a reason a cup of chamomile tea just before bed helps you sleep. (Chamomile is one of these 8 foods that help you fall asleep fast.) Just like oregano, it’s rich in stress-reducing caffeic acid and quercitin, but it tastes much better in the form of tea, which you can make from your garden herbs by steeping chamomile flowers in boiling water for about 10 minutes. 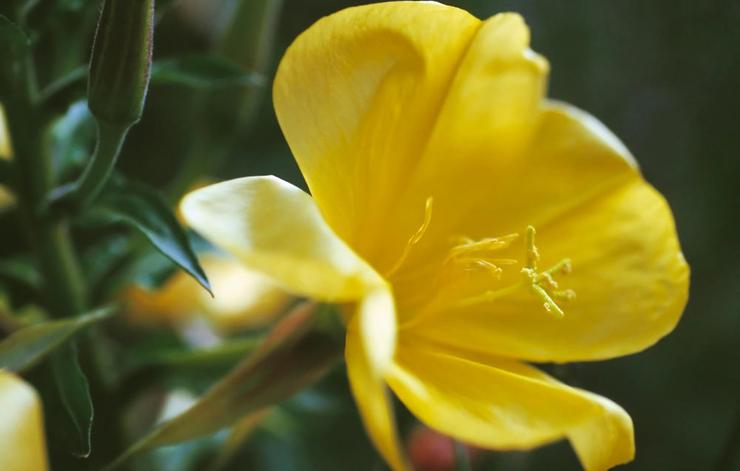 Why You Should Eat It: Evening primrose is technically a wildflower. Its seeds have the highest levels of tryptophan (which your body uses to make mood-boosting serotonin) of any plant. In the fall, when the flowers mature, the flowers’ seed pods begin to fill up. Harvest a few and grind them as you would flaxseed into your favorite dishes. Why You Should Smell It: Gardens don’t have to be all about edibles (even though you can eat lavender). According to the University of Maryland Medical Center, aromatherapy treatments involving lavender and a few other herbs are often used to supplement depression treatments, because the scent is so relaxing. 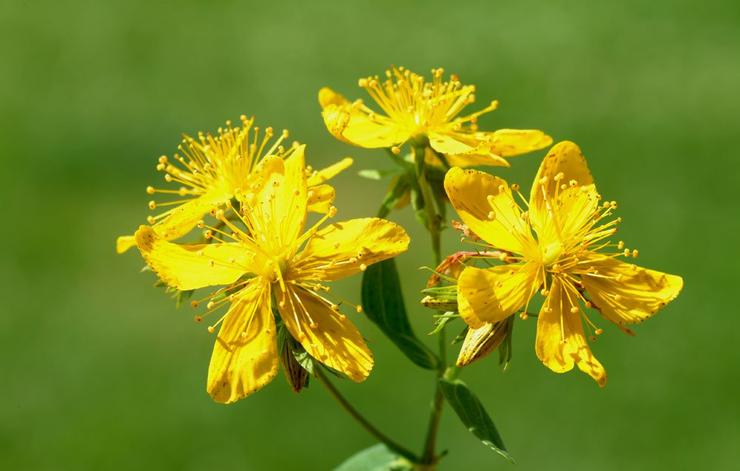 Why You Should Drink It: The most famous herbal antidepressant, St. John’s Wort contains compounds similar to those found in Prozac. The flowers and leaves are the most valuable part of the plant and can be brewed into a tea that will calm you down and boost your mood. Just note that St. John’s wort has many adverse drug interactions, so check with a pharmacist if you’re on any medications.